Why Indonesia is Driving Digital Growth in Southeast Asia

Amid the turbulence of the global pandemic and other crises, one bright spot has marked Indonesia’s 77th year of independence: its ascendence to the presidency of the G20 – an organisation composed of the largest economies in the world.

This act does not grant the nation any formal power, but it is, undeniably, a symbolic acknowledgement of Indonesia’s influence and significance on the world stage.

The growing scale of tech deals and investments in the country attests to that claim.

Between 2019 and 2021, tech deals in Indonesia tripled to US$9 billion – fueled by the ballooning appetite for digital services, which jumped to US$77 billion this year, up from US$41 billion three years ago, according to the latest e-Conomy SEA Report published by Google, Temasek, and Bain.

If this trajectory persists, Indonesia’s digital economy is on track to multiply fivefold in the next 10 years, making it a pivotal player in the global tech landscape. For entrepreneurs, this is a golden opportunity to expand their business and customer base; for investors, their portfolios and fortunes.

A few key drivers are behind Indonesia’s rapid increase in digital consumption. In recent years, the country has made steady progress in its efforts to reinvigorate its economy, stimulate innovation, lift income levels, and make it a go-to destination for foreign investment.

Today, its growing middle class, armed with greater spending power, makes up half of all household consumption, according to a recent World Bank study. 52 million Indonesians, or one in five, are part of this growing middle class. And about half of the country is part of the aspiring middle class – meaning that while they are not in poverty, they have yet to achieve financial stability.

Coupled with this rising demographic is the swelling digital population. The proliferation of affordable smartphones has made it easy for Indonesians to leapfrog traditional, costlier hardware like desktops and laptops to participate in the digital economy; today, you would be hard-pressed to find an Indonesian without a smartphone, even those residing in rural areas.

Research by Katadata and BPS showed that from 2019 to 2022, the country added 60 million new internet users – putting the total figure at 210 million (that’s three-quarters of its population), with almost all internet traffic traced to smartphones.

Indonesia has a fast-growing young populace, and, as with similar trends across the world, they live and breathe the digital world. This means they are comfortable entrusting their social identity to online platforms.

Gen Zers and millennials (those born between 1981 and 2012) are estimated to make up half of the country’s demographic by 2030 – with the latter group spending an average of 8.5 hours on their smartphones every day.

Given this behavioural pattern, it’s no surprise that the country has a ravenous appetite for online spending. Over half a billion dollars were spent on mobile apps in last year alone, fuelled by the proliferation of superapps (offering a range of services from medicine delivery to private transport) and e-commerce marketplaces, such as Gojek and Matahari, and e-payment apps and mobile wallets (a massive incentive for the unbanked population of 95 million).

(On a side note, local e-commerce players provide the tools to help brick-and-mortar shops get onboard their platforms easily, further incentivising consumers to shop online.)

Other factors for growth

Also contributing to this growth are B2B e-commerce marketplaces like Ralali, Telio, and Ula. While largely unseen by the lay consumer, their work plays a vital role in bolstering the digital ecosystem (e.g. streamlining supply chains) – making it easier for goods to be bought and sold.

To top it off, the pandemic has ramped up demand for digital services. Consumers, wary of COVID restrictions and the harmful effects of an infection, are increasingly turning to digital platforms to get what they need safely. In 2020, e-commerce transactions jumped fivefold from the previous year.

There is no sign of this behavioural trend reversing course, even with the pandemic easing. It isn’t easy going back to the old ways once one grows accustomed to the convenience and safety of digital services. Many merchants also saw this period as an impetus to get online – for fear of losing customers and becoming obsolete. The new norm of working/learning from home has only reinforced this paradigm shift.

The Indonesian government’s message is clear: it wants to be an innovative, digital powerhouse; the government has been consistent in its efforts to build out a robust digital framework – making it a centrepiece of its economic development agenda.

Take digital payments, for example. The government has rolled out various initiatives to help merchants process online transactions. In 2017, it launched the National Payments Gateway (NPG) – a unified system to make interbank transactions and online payments more efficient and cost-effective.

Two years ago, the central bank expanded on this act by launching the standardised QR code system, QRIS. This enables different payment systems and e-wallets to speak to each other, making it easier for consumers to buy from a broader range of merchants. This system also imposed a cheap fixed transaction fee, so smaller merchants don’t feel the pinch if they want to sell online.

The Indonesian government has emphatically stated that it wants to empower all stakeholders – the public sector, private businesses, and citizens – through digital inclusivity.

Over the years, the government has courted foreign investment by introducing business-friendly policies and incentives, such as work permit fee waivers and streamlining the incorporation process. These efforts have borne fruit.

Tech conglomerates such as Amazon and Google have set up regional offices and data centres in the country. Regional e-commerce giants such as Alibaba-backed Lazada and Sea’s Shopee say that Indonesia represents a major component of their growth (the latter attributed 42% of its total gross orders to the country).

Investors have also taken a keen interest in its local startups.

The e-Conomy SEA 2022 report stated that next to Singapore, Indonesia was the top investment destination in the region, attracting at least 25% of funding.

Research by RedSeer estimates that the country’s SaaS investments will grow from US$200 million this year to US$1 billion by 2025. Given that the demand for homegrown SaaS solutions is still nascent, there is much more room for growth.

The past two years have seen Indonesian unicorns reaching new heights. E-commerce marketplace Bukalapak, backed by a roster of heavyweights including Temasek, Microsoft, Ant Group, and Standard Charter Group, became the first startup in Indonesia to go public via an IPO, raising a cool US$1.5 billion. The following year, GoTo, a holding company formed by a merger between Gojek and e-commerce Tokopedia, went public, raising US$1.1 billion (though its share value has since plunged).

Still, the funding landscape looks rosy, considering the world’s economic turmoil. Global fintech investments have dropped 24%, but Indonesia is bucking the trend and is on track to hit US$3.6 billion this year.

Bearing any catastrophic global event that cripples the internet, Indonesia looks set to become the biggest digital player in the region.

Still, the country is not immune to the economic headwinds and geopolitical disruptions roiling the global landscape – a point made more pertinent given Indonesia’s increased exposure and desire to be connected to world markets.

For example, chip shortages due to disruptions in semiconductor production have had a significant impact on ancillary industries.

Rising commodity prices, as a result of inflation, are forcing consumers to tighten their purse strings. But in contrast with other nations, Indonesia’s inflation rate remains low and is forecasted to ease slightly; consumers are optimistic about economic recovery.

One often overlooked factor is that Indonesia’s population of over 273 million people aren’t a homogenous lot; they are composed of hundreds of different ethnicities spanning thousands of cities.

Though these different cultural groups share some broad characteristics and spending habits – such as their love for Warungs (or minimarts) – it pays to observe the nuanced differences in consumer patterns. Entrepreneurs new to the country often experience a culture shock; they think conquering Jakarta alone gives them the keys to the country. What they experience, though, is a failure to replicate that same business strategy in a different area, such as a rural state, for example. There is no one-size-fits-all approach.

And while the government has been open to foreign investment, there are still kinks in the system. Regulations can be ambiguous and arbitrary – like this recently introduced law that required foreign companies to register a local license.

At first glance, it may seem like a simple technicality. Still, it gives the government overreaching power to censor content it deems unlawful or disruptive to its social order (in August, it blocked access to major tech platforms like PayPal and Yahoo because they failed to comply with the law).

More foreign investment (mainly from larger companies) also means growing competition and an increased likelihood of market saturation; those with the biggest war chest stand to gain an advantage as they can build a larger local HQ and team. Furthermore, foreign tech entrepreneurs would have to compete with domestic players with home-ground advantage.

Expanding a company to a foreign market is a challenging process. Navigating domestic laws and business culture, localising the products and services, and finding the right networks can be an uphill task, especially when dealing with a nation as large and diverse as Indonesia.

In such scenarios, finding the right partner with intimate knowledge of the local market and a track record of helping companies gain a solid foothold is critical. Superficial knowledge may get you some headway, but to make real inroads and long-term progress, a specialist domestic team can deliver the results you need more quickly and cost-effectively.

Would you like to hear more about the fast-emerging growth opportunities in Indonesia and across APAC? Chat with our team today. An Air of Optimism – Takeaways from Davos 2023 Sales as a Service: Why You Should Outsource Your Sales to Succeed in Asia Pacific 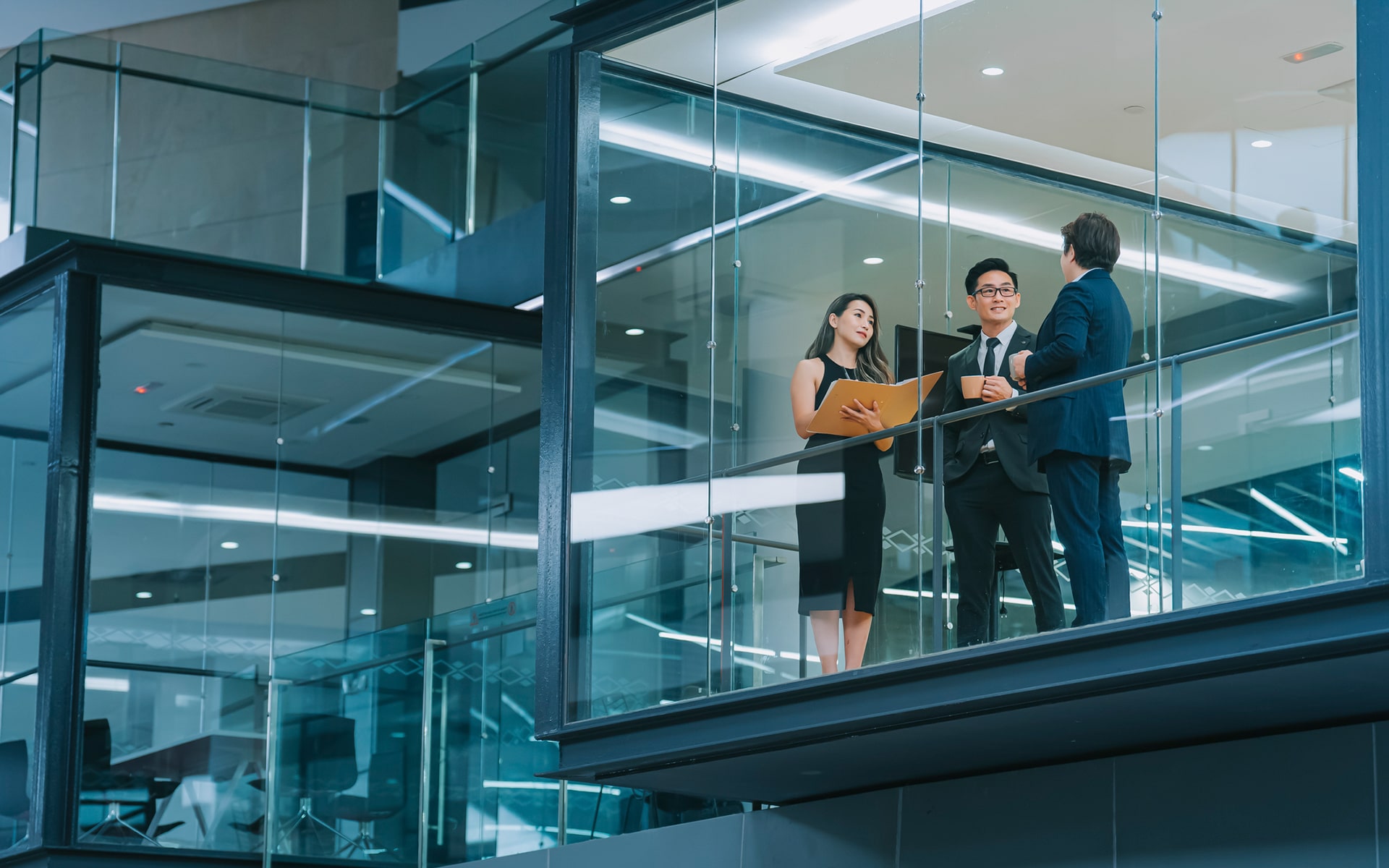 Market Entry in Southeast Asia: How to Scale a Business Successfully